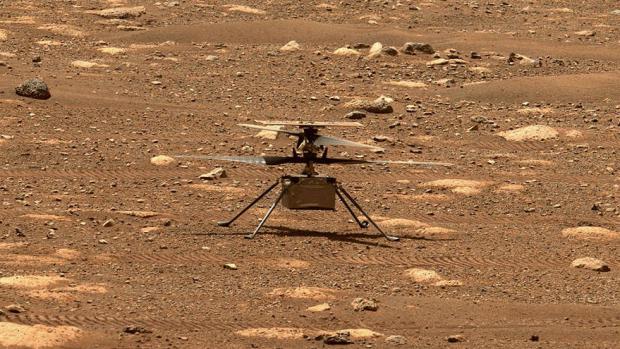 The aerial exploration of Mars has begun.

NASA's Ingenuity helicopter lifted off on the Red Planet early this morning (April 19), performing the first-ever powered flight on a world beyond Earth.

At about 6:15 a.m. EDT (1015 GMT), data came down from Ingenuity — via its much larger partner, NASA's Perseverance rover — that the little rotorcraft had hit its marks. The first photo from Ingenuity showed the helicopter's shadow on the Martian surface below, while Perseverance captured stunning video of the historic flight on Mars.

"Ingenuity has performed its first flight, the first flight of a powered aircraft on another planet!" Ingenuity's chief pilot Håvard Grip said as he confirmed telemetry at NASA's Jet Propulsion Laboratory in Pasadena, California.

Brief though today's flight was, it may well be game-changing, paving the way for extensive exploration by Martian aircraft down the road. Thanks to Ingenuity's groundbreaking work, future Red Planet missions could commonly include choppers as scouts for rovers or data collectors in their own right, NASA officials have said.