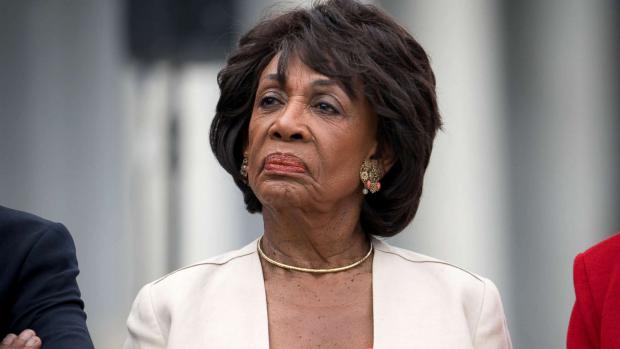 Rep. Maxine Waters said Monday that Republicans were trying to 'send a message to all of the white supremacists' by criticizing her call for Black Lives Matter to 'get more confrontational' if Derek Chauvin is found not guilty.

Waters made her initial comments Saturday evening while demonstrating in Minneapolis, where the trial over George Floyd's death is taking place, and where BLM activists are also responding to the police shooting of Daunte Wright.

Speaking to the Grio on Monday, Waters said, 'I am nonviolent.'

'Republicans will jump on any word, any line and try to make it fit their message and their cause for denouncing us and denying us, basically calling us violent,' Waters continued.

'Any time they see an opportunity to seize on a word, so they do it and they send a message to the white supremacists, the KKK, the OAth Keepers, the [Proud] Boys and all of that,' she said.

She also accused Republicans of using the tactic to raise money off the Democrats' backs.

Walters said she was 'not worried that they're going to continue to distort what I say.'

'This is who they are and this is how they act,' she added. 'And I'm not going to be bulled by them.'