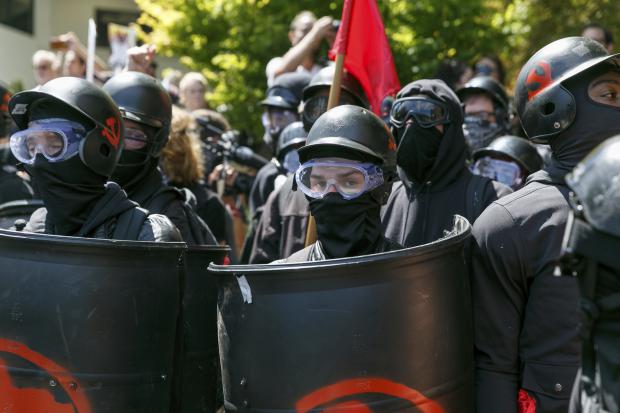 "They're panicking because this may possibly mean that somebody has infiltrated high... and there's a lot at risk, because this is a criminal cartel," Ngo said Saturday on NTD's "The Nation Speaks."

"And if there's somebody in there and they don't know who it is who's informing on them, it could bring down the entire cell," Ngo added.

"I'm hopeful that that will happen, although I'm not sure if there's the political will for the investigators to actually go through and fully investigate all the links and ties that this individual suspect has. But this is at least a little bit of good news in regards to months and months of really terrible things happening in Portland with no changes happening."

Portland has seen repeated rioting since the spring of 2020. At least some of the violence has been linked to members of Antifa, a far-left, anarcho-communist network that has carried out violent acts in cities across the country.

Last week, prosecutors announced they were charging Alma Raven-Guido, a 19-year-old who has attended multiple riots, with arson, criminal mischief, and rioting—all felonies.

Raven-Guido is accused of pouring flammable liquid onto a fire that had been started at the building housing the Portland Police Association, a police union, during a riot on April 13. That liquid "resulted in the fire growing," Multnomah County District Attorney Mike Schmidt said.