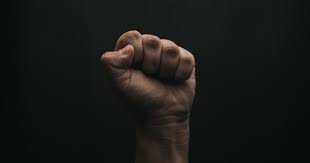 There are some things I feel a need to write about, though, and they're on a growing list. China Joe Biden, PINO and Retard-in-Chief, is not legally the president of anything and therefore has no authority to do anything but sit and decompose as Kamala Harris books an appointment for him at the local crematorium.

I remember a Justice of the United States Supreme Court declaring once that an unconstitutional law is null and void from its very inception. It need not be obeyed, and it is illegal to try to enforce it. I do not recall who the particular Justice was. The Supreme Court have been such dismally poor stewards of the Bill of Rights (they had one job)—and they are no better now, after all of Donald Trump's valiant efforts—that I have largely ignored them. I shall continue steadfastly to ignore them until we find out who's bribing or blackmailing them.