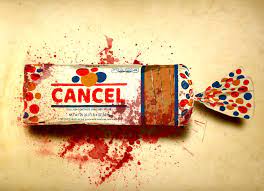 Here's someone brave enough to say the obvious and call out the Bolshevik intolerance, tribal hate and a spreading fear that now grips much of the intellectual "upper class" of The West. Bravo to Andrew Gutmann.

The background to this is that Bari Weiss, formerly of the New York Times, wrote last month about the crippling fear of Brearly School parents where children are taught to be ashamed of their race, and are afraid to speak up in class. Despite paying $54,000 a year in fees, the parents feel so powerless and in fear of the new orthodoxy that they have to meet in secret to strategize. They can't zoom or email lest they lose their jobs, and their social circles. And since the school is a prep school for Harvard and so forth, even if they are willing to speak up, they are afraid of what would happen to their children if they did. Indeed, sometimes their children beg them not to say anything, even though the situation is intolerable.

'If You Publish My Name It Would Ruin My Life'

"The school can ask you to leave for any reason," said one mother at Brentwood, another Los Angeles prep school. "Then you'll be blacklisted from all the private schools and you'll be known as a racist, which is worse than being called a murderer."

One private school parent, born in a Communist nation, tells me: "I came to this country escaping the very same fear of retaliation that now my own child feels."

Finally, one parent has broken the spell, pulled their children out, and was brave and articulate enough to put his name to his reply and send it to all 600 or so families in the school.