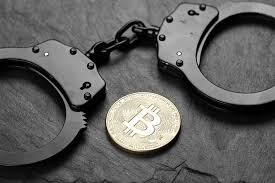 1. The broad generalizations about the use of bitcoin in illicit finance are significantly overstated.

But that is not all. In speaking with Forbes before the paper's release, Morell made it clear that there will also be severe geopolitical repercussions for the U.S. vis-a-vis China if it wastes energy and resources chasing a ghost as opposed to leveraging blockchain, and fintech more generally, to build the country's technological and economic base. Specifically, he said that "we need to make sure that the conventional wisdom that is wrong about the illicit use of Bitcoin doesn't hold us back from pushing forward the technological changes that are going to allow us to keep pace with China."