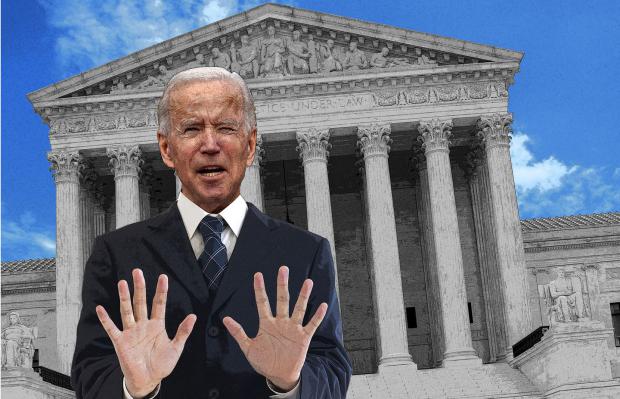 The 36-member commission created last week is expected to meet today for a 'private and informal' planning session, according to the New York Times, where they will likely split into five working groups to 'develop research for the entire body to analyze a broad scope of issues.'

Changes under discussion include:

Limiting the court's ability to strike down acts of Congress

Requiring the court to hear more types of appeals

The Friday meeting, private and unannounced, will focus on a draft road map according to the Times, citing people familiar with the commission who spoke on condition of anonymity.

Their account makes clear that the panel's intellectual ambitions go beyond the notion of expanding the court — or "packing" it — even though nearly all of the early commentary has focused on that.

Mr. Biden decided to create the commission to defuse the thorny political question of whether to endorse adding seats to the Supreme Court. Some liberal activists have called for the step in response to Republican power plays in 2016 and 2020 that yielded a 6-to-3 conservative advantage on the court, even though Democrats won the popular vote in seven of the past eight presidential elections. Many conservatives vehemently oppose the idea. -New York Times