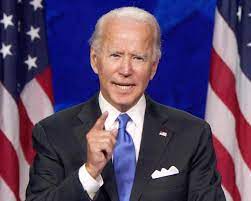 While President Biden said he will withdraw troops from Afghanistan, it's not clear if his plan extends to the thousands of contractors working for the Pentagon that are still in the country.

When asked about this issue on Friday, Pentagon spokesman John Kirby said he wasn't sure. "So on the contractors, we don't know exactly.  There are some preliminary plans.  And clearly, the goal is to get all our personnel out and I suspect that contractors will be part of that. But whether there'll still be a need for some contractor support, I just don't know," he said.

The US plans to continue supporting the Afghan military and Air Force. Since the bulk of the maintenance for these armed forces is performed by US contractors, there's a good chance the Pentagon will justify a continued presence of private contractors.

According to numbers released in January, there are over 18,000 contractors working in Afghanistan. About 4,700 of the current contractors are Afghans that were hired locally. The remaining come from outside of the country, including about a third who are US citizens.