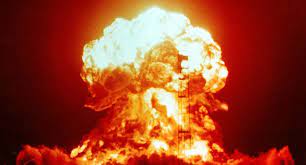 The two countries have been paired as partners for future NATO membership, with both being promised membership in the global military bloc at the NATO summit in Bucharest, Romania in 2008.

Ukraine's ambassador to Germany, Andriy Melnyk, seconded Zelensky's demand that NATO admit Ukraine as a full member, stating that only that move would prevent a Russian invasion: "The only possibility for this [to prevent alleged invasion plans] is for Ukraine to finally become a NATO member."

He also claimed that had his country been in NATO in 2014 the secession of Donetsk, Lugansk and Crimea would not have occurred; neither would the now seven-year was in the Donbass. He neglected to state whether the U.S.-engineered uprising and overthrow of an internationally-recognized government would also have occurred. Most likely not, as the populations of NATO nations are not allowed to elect, or if elect, keep any government Washington and Brussels view with disapprobation.

The envoy then made this provocative statement: