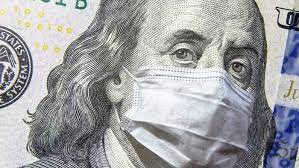 As I've noted many times in the past, most of the world has been sufficiently disarmed, and even though we are seeing resistance in multiple European nations against forced vaccination legislation and medical tyranny, it is unlikely that they will have the ability to actually repel a full on march into totalitarianism. Most of Asia, India and Australia are already well under control. Africa is almost an afterthought , considering Africa is where many suspect vaccines are tested.

America represents the only significant obstacle to the agenda.

Conservative Americans in particular have been a thorn in the side of the globalists for generations, and it really comes down to a simple matter of mutual exclusion: You cannot have an openly globalist society and conservative ideals at the same time in the same place. It is impossible.

Conservatives believe in limited government, true free markets, individual liberty, the value of life, freedom of speech, private property rights, the right to self defense, the right to self determination, freedom of religion, and the non-aggression principle (we won't harm you unless you try to harm us). None of these ideals can exist in a globalist world because globalism is at it's core is the pursuit of a fully centralized tyranny.

The top 10 countries where expats are happiest with work, life and cost of living

U.S. Navy surrenders to progressivism by keeping its logo modified