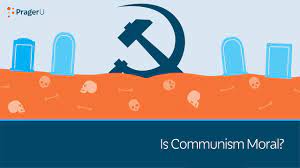 Motives are much less important than behavior. We all know this: If someone has good intentions, but treats people badly, those good intentions mean nothing.

As it is with individuals, so it is with governments. Capitalism might sound less noble than communism—the individual pursues success to the best of his abilities (that's capitalism) versus everyone shares everything equally (that's communism). But it is capitalism that has produced freedom and it alone has lifted millions from poverty while communism has kept millions impoverished and without exception crushed freedom.

Capitalism for all its imperfections enables a decent society. Communism, whatever its stated intentions, leads to evil. Yet, increasingly, people either ignore or deny the evil of this ideology, which, within a period of only 60 years, created modern totalitarianism and deprived more people of human rights, and tortured and killed more people than any ideology in history.

The top 10 countries where expats are happiest with work, life and cost of living

U.S. Navy surrenders to progressivism by keeping its logo modified