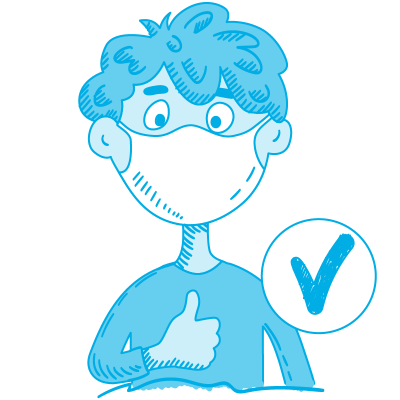 The Centers for Disease Control released another study showing no statistically significant decrease in "daily case" or "death growth" rates from COVID-19 in areas with mask mandates.  This comes after a similar CDC study in October indicated that mask mandates do not appear to have slowed or stopped the spread of the coronavirus at all.  Still, the CDC continues to recommend that all Americans wear masks, except in certain private settings when individuals are fully vaccinated, unless the goalpost-shifting Dr. Fauci gets his way.

This whole "masks don't seem to be having much effect, but wear them anyway" bureaucratic calculus may seem like a frivolous controversy to Americans preoccupied with the pandemic, but for Americans who are equally worried about the State's steady encroachment into the lives of families, mask mandates are the worst kind of noxious administrative abuse — another iteration of government coercion that constricts a person's freedom while accomplishing next to nothing.  It's government rule-making for the sake of rule-making whose chief purpose is to demonstrate that it is the government's job to command and each citizen's duty to readily obey.

Mask mandates are the perfect metaphor for a government that demands obedience:

Mask mandates are reminiscent of Barack Obama's belief that wealthy Americans should be taxed at higher rates, even if the imposition of those new taxes produces no net benefit for the federal treasury.  By his own admission, Obama's insistence on increasing taxes for wealthy Americans was not about generating government revenue or reducing government debt, but rather about punishing individual Americans for having acquired too much personal wealth.  It was a way for Obama to prove that he takes income inequality seriously while doing nothing about it.