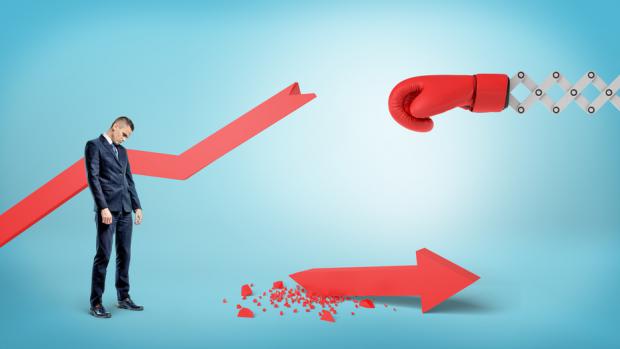 In many ways, David Einhorn's Greenlight appears to be back to its "new normal" - in a letter sent to investors, Einhorn writes that Greenlight again underperformed the market and returned -0.1% in the first quarter, badly underperforming the 6.2% return for the S&P 500 index, before proceeding to bash the Fed, broken markets, Chamath and Elon, the basket of short stocks and much more.

That said, even though as Einhorn writes Greenlight made only a handful of portfolio changes and essentially broke even, "a lot happened. In general, the investment environment – especially from mid-February through the end of the quarter – was favorable as value outperformed growth, and interest rates and inflation expectations rose."

He then asks if the tide has finally turned from Growth to Value, noting that "after a very tough decade, we have only just begun a recovery as shown in this 45-year chart from Goldman Sachs research:"

Part of the shift from growth to value, Einhorn writes, may be coming from higher inflation and inflation expectations. As measured by the inflation swap market, 10-year inflation expectations fell from 2.9% in September 2012 to 0.8% in March 2020. The only significant intervening bounce came in 2016, when expectations jumped from 1.5% to 2.3% on expectations of a major stimulus deal from the Trump admin (which never materialized). It is hardly a coincidence that that was the only year in the last decade in which value outperformed growth, as the Greenlight head notes. Fast forward to now, when after bottoming in March 2020, inflation expectations have recovered to 2.5%. The trend became clearer in the middle of May, and value started outperforming growth then, and especially since the middle of February. Indeed, aince May 15, the value-heavy Greenlight returned 80% of the S&P 500 index with half the net exposure.