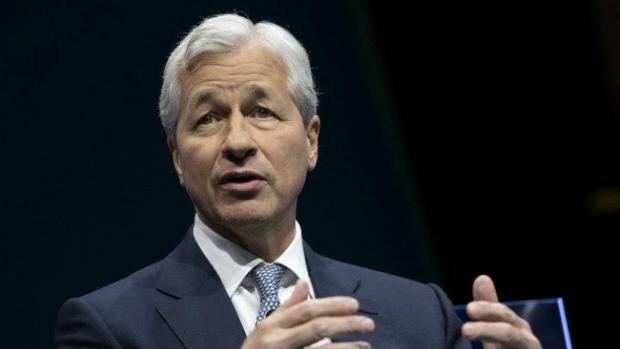 "The consumer, which is 70% of the U.S. economy, is quite strong. Confidence is very high. Their balance sheets are in great shape. And you see that the strength of the American consumer is driving the American economy and the global economy. And while business slowed down, my current view is that, no, it just was a slowdown, not a petering out." – Jamie Dimon

That's what the head of JP Morgan Chase told viewers in his "60-Minutes" interview.

Then the 2020 recession set in, consumption collapsed, and the Government passed massive stimulus bills to support the 50-million unemployed.

Such isn't the first time that I have discussed Dimon's distorted views. Just as we discussed then, even just marginally scratching the surface on the economy and the "household balance sheet" reveals an uglier truth.

In his latest annual shareholder letter, he recently made his usual bombastic and still delusional statements.

"I have little doubt that with excess savings, new stimulus, huge deficit spending, more QE, a new potential infrastructure bill, a successful vaccine, and euphoria around the end of the pandemic, the U.S. economy will likely boom. This boom could easily run into 2023 because all the spending could extend well into 2023." – Jamie Dimon

"The Costs Are Up, Up, Up. We're Seeing Substantial Inflation"...

Soaring Lumber Prices Add Nearly $36,000 To The Price Of A New Home: NAHB

Warren Buffett warns investors not to gamble on stocks

"There Is No Shortage?" Train Loads Of Lumber Stacked As Far As The Eye Can See