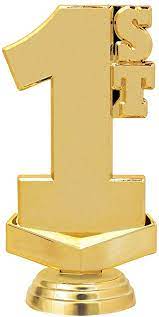 According to a report that was just released by the Centers for Disease Control and Prevention, cases of chlamydia, gonorrhea, and syphilis in the United States reached the highest level ever recorded in 2019.  Thanks to the popularity of Internet "dating apps", there has been a boom in casual sex in recent years, and this has resulted in a tsunami of STD cases that is absolutely unprecedented in our history.  Needless to say, this is not a sign of a healthy society.

Of course things were not always this bad.  In fact, if you go back to the early days of the Bush administration, syphilis had almost been entirely wiped out, and cases of chlamydia and gonorrhea were at very low levels…

"Less than 20 years ago, gonorrhea rates in the U.S. were at historic lows, syphilis was close to elimination, and advances in chlamydia diagnostics made it easier to detect infections," said Raul Romaguera, DMD, MPH, acting director for CDC's Division of STD Prevention in a written statement.

"That progress has since unraveled."