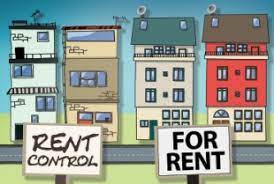 Rent control may be making a comeback in the US, but the controversial policy had an unceremonious ending in Berlin this week barely a year after going into effect.

"A controversial rent cap to control soaring rents in the German capital Berlin has been scrapped by the country's Constitutional Court," the newswire DPA International reports. "The court ruled on Thursday that the Berlin government had overstepped its powers in introducing the law, as federal law governing rents was already in place."

The rent cap—the so-called Mietendeckel—went into effect in February 2020. The policy, as I noted previously, was designed to keep Berlin from becoming the next New York City or London: cities where high rent prices have driven out many lower- and middle-class residents.

The cap, which froze prices on properties built prior to 2014 at June 18, 2019 levels, "had been welcomed by tenants," DPA International reported. Perhaps that is true (at least for tenants who already had a place to live). But an abundance of evidence shows the court did the people of Berlin—landlords and renters—a favor by striking down its rent cap.