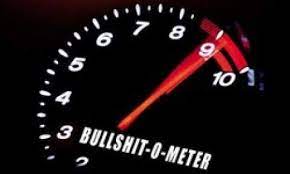 The article was based on "a confidential trove of government documents."

Perhaps the biggest whopper though was the one emitted by President George W. Bush and that is now being repeated by President Biden — that the reason that Bush launched his war on Afghanistan was because the Taliban regime had knowingly "harbored" Osama bin Laden and al-Qaeda.

That was a lie, a flagrant lie. Neither Bush nor any other U.S. official ever provided even a scintilla of evidence that the Taliban regime was somehow complicit in the 9/11 attacks.

The real reason that Bush launched his war was over the concept of extradition. Bush demanded that the Taliban regime deliver bin Laden into the custody of U.S. officials. However, Afghanistan and the U.S. did not have an extradition treaty. Therefore, the Afghan government was under no legal obligation to accede to Bush's demand.

Nonetheless, the Taliban regime announced its willingness to deliver bin Laden to a neutral third party nation for trial. That's because it feared, with some justification, that bin Laden would end up in the clutches of the U.S. national-security establishment, where he would be subjected to torture, indefinite detention, assassination, extra-judicial execution, or a kangaroo military tribunal.

After 20 Years and over $2.26 Trillion, the US Has Lost Its Longest War in Afghanistan