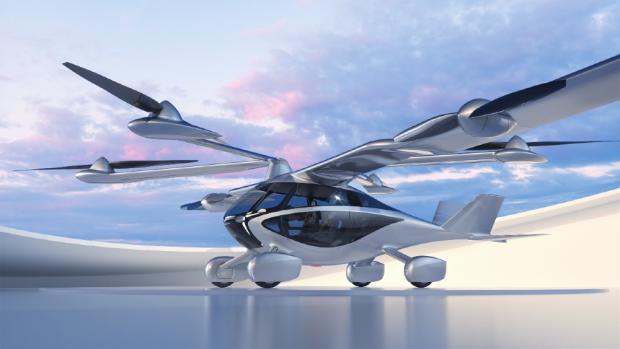 If you're a believer in flying cars, you can now put down a $5,000 deposit to get one called the Aska that's scheduled to land in 2026. A Silicon Valley-based startup called NFT on Thursday opened a showroom to tout the aircraft and accept the refundable deposits to join its founder's club.

NFT debuted the Aska in 2019. It's an unusual design that can drive on conventional roads to and from takeoff and landing sites. It has folding wings, a 150mph top speed, a 250-mile range, six propellers powered by six batteries, and dual gas motors to keep those batteries charged. The name is Japanese for "flying bird," but at the size of a large SUV (it fits four passengers and has a 50-foot wingspan), you won't be mistaking the Aska for any actual avians.

That $5,000 -- held in an escrow account and fully refundable, by the way -- gets you one share of the company's stock, admittance to status update meetings every three to six months, and a place at the head of the line for a planned 1,500 limited-edition models of the Aska, each costing a whopping $789,000.

NFT is among several companies hoping to shake up transportation with new flight technology. Even though Uber ditched its Elevate plan, plenty of companies are interested in flying car and flying taxi efforts. That includes big names such as General Motors, Boeing and Hyundai and startups like Kitty Hawk, Archer, Lilium, Wisk, Horizon Aircraft and Joby Aviation, which acquired Uber's air taxi program. Spending on air taxis should grow to $14.7 billion by 2041, analyst firm IDTechX predicts.