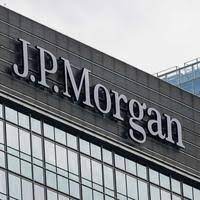 ---- or rather debt - what its mouth was when it announced it would sell a whopping $13 billion of bonds, a record for the largest bond sale ever from a bank, as it looks to lock in some of the cheapest borrowing rates in years.

According to Bloomberg, the longest portion of the five-part offering, a 31-year security, is expected to yield 107 basis points above Treasuries. The sale comes a day after JPMorgan reported strong first-quarter earnings, including a 15% increase in fixed-income, currency and commodity trading revenue and a $5.2 billion release from its credit reserves.

What we find especially curious, however, is that JPM's investors clearly don't share Jamie Dimon's reflationary fears and lined up in droves to buy bonds which - if the JPM CEO is right - would be worth far less in three decades if the US goes through the kind of growth "Golden Age" that Jamie predicted in his investor letter.

Episode 401 The Markets Are Rigged