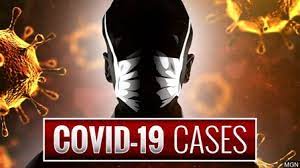 This clearly does not benefit the globalists' agenda, so, right on cue, fearmongering is ramping up another notch. The latest fear du jour is a "double-mutation" of SARS-CoV-2, said to target younger people.

April 5, 2021, the New York Post1 reported the "double mutant" COVID-19 strain has been detected in California — a state that has experienced some of the longest and most restrictive pandemic measures in the U.S. At the time of that report, one case of the variant had been confirmed by a Stanford laboratory. Seven suspected cases were still being screened.

The double-mutation virus allegedly has two mutations previously found in two separate variants, which "help it latch onto cells," the New York Post writes.2 What they want you to fear now is that this new variant may be more resistant to vaccine antibodies. Younger people might also be more susceptible to it.3