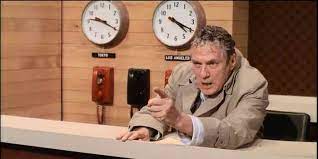 When a new epidemic is launched and promoted, despite the lack of good science and good evidence, it is jacked up on television screens. Images begin to flow:

An emergency medical vehicle on a street. EMT personnel, in hazmat suits, load a man strapped down to a stretcher, into the van. On another street, a man collapses on the sidewalk. We see a quarantined man sitting inside a huge plastic bubble on a third street. Cut to an airport lobby. Soldiers are patrolling the space among the crowds. Cut to a lab. Close-up of vials of liquid. Camera pulls back. Techs in light green scrubs are placing the vials into slots of a table-top machine. Auditorium—a man on a platform, wearing a doctor's white coat, is pointing a wand at a large screen, on which a chart is displayed, for the audience. Back to the street. People are wearing face masks.

These images wash over the television viewer. Meanwhile, the anchor is imparting his prepared meaning: "The government today issued a ban on all travel into and out of the city…hundreds of plane flights have been cancelled. Scientists are rushing to develop a vaccine…"