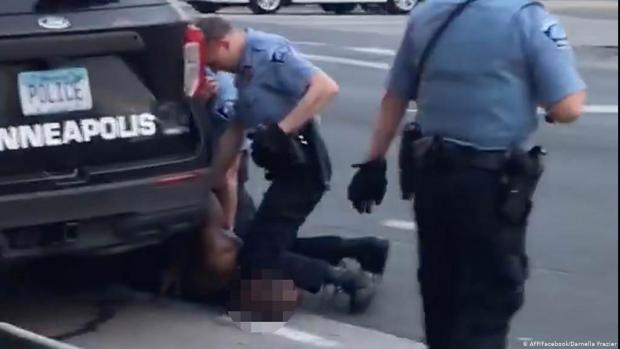 Video of George Floyd telling a police officer: 'I don't want to be shot' during an arrest in May 2019 was shown at Derek Chauvin's murder trial today as the defense sought to convey that he had a history of feigning medical distress and swallowing drugs when confronted by cops.

The video was presented on Tuesday morning after the prosecution rested its case-in-chief against Chauvin following 11 days of testimony that featured the accounts of 38 witnesses combined with gut-wrenching video of Floyd's death.

All eyes are now on defense attorney Eric Nelson, who is expected to present a much more succinct case for Chauvin's acquittal based on the assertion that Floyd's death was caused by his drug use and underlying health problems, not the police restraint.

It remains unclear whether Chauvin will be called as a witness in his own defense.

Retired Minneapolis police officer Scott Creighton took the stand first as the court watched body-camera footage of Floyd's arrest on May 6, 2019 that the defense fought to be allowed into evidence.

Nelson argued that the footage showed Floyd's 'modus operandi' when approached under 'remarkably similar' circumstances to those of the day he died, May 25, 2020.

In a remarkably brief direct examination Nelson asked Creighton what he had observed of Floyd as he approached his vehicle. Creighton told the jury that Floyd was not responsive and that he had to 'physically reach in [to the car] because I wanted to see his hands.'