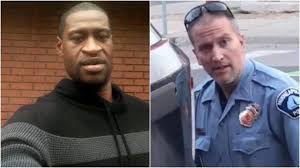 Whether it is that unskilled reporters are covering these matters, or that the press is simply looking to attract consumers with florid tales, or that the media looks forward to destroying urban areas with false tales of murderous white racists (amid a shortage of real ones), I cannot say. But it was shocking to me to get letters from heads of very good independent schools who had bought completely into the initial media accounts of an out-of-control white cop deliberately murdering a black suspect in his custody. It occurred to me then that if people like these could be sold the false narrative, officer Derek Chauvin was surely in for a judicial lynching.

Once again, I turn to Legal Insurrection, which has consistently provided the most detailed and reliable accounts of high-profile trials and warn readers away from the AP, the New York Times, the Washington Post, and TV and cable news if you have any respect for truth. (I'd also note that it is my experience that reporters' deadlines often conflict with the way trials proceed, so that too often the prosecution (or in civil matters, the plaintiff) case is presented just before deadline and the cross examination occurs too late to be covered in that day's edition, leaving only a false, one-sided version of the day's action.)