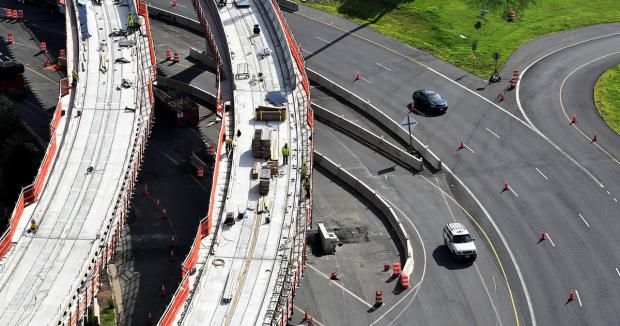 In fact, one cannot examine the presidency of FDR without being bombarded with one sided worship of infrastructure spending and the "New Deal."

The New Deal is often credited in left-leaning literature as being the singular cure for the depression, and FDR by extension has been handed messiah status among leftists. The New Deal is supposedly proof that massive socialized federal and central bank interventions through public works programs is an economic ambrosia. So, it's not surprising that nearly every president since the Great Depression has argued for an unprecedented infrastructure bill when faced with economic collapse. A large portion of the public on both sides of the aisle has been trained to think these programs will save us.

Biden, in particular, has made historic stimulus spending the very first platform of his administration, and consistently cites FDR and Lyndon Johnson as patron saints of his infrastructure bill. If it worked for them, then obviously it will work for him… right?

In reality, the public works and welfare programs of FDR in particular had very little to do with the ending of the Great Depression. In fact, the New Deal actually made the situation worse.

Roosevelt's own Treasury Secretary, Henry Morgenthau, lamented on May 6th, 1939 after two full terms of FDR's presidency and stimulus programs that the New Deal was a complete failure. He stated to fellow Democrats during a session of the House Ways and Means Committee that: