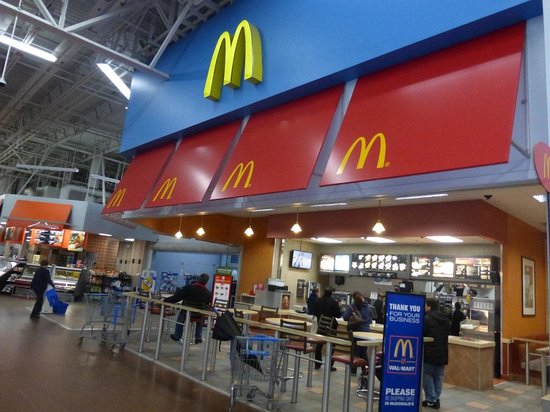 The closures come as Walmart tests new omnichannel dining options, and as McDonald's is prioritizing restaurants with drive-thru service.

The first wave of closures for McDonald's locations inside Walmart occurred last summer, when the fast-food chain announced it would shutter more than 100 such spots. This followed a spring period where around 90% of the burger chain's sales came via its drive-thrus — a feature those in-store locations don't have — as shoppers sought safer ways of ordering.

Drive-thru continues to be McDonald's priority as it has driven profitability and allowed the chain's locations to stay open during the pandemic. Its in-store restaurants, in contrast, have seen diminished foot traffic as operators have been forced to shutter dine-in service and focus on takeout. The McDonald's locations didn't seem to be performing very well even before the global health crisis hit. According to the Journal, online sales and shifting consumer habits have been impacting sales for some time.

McDonald's and Walmart have been steadily unwinding their partnership over the years. At the start of 2020, there were around 500 McDonald's locations inside the big-box retailer, down from around 800 at the beginning of 2012, the Journal reported.

The news comes as Walmart is trialing new operating models for in-store restaurants. It's putting ghost kitchens inside select locations that offer pickup and delivery service from popular chains like Saladworks. It's also testing smoothie-making robots and an in-store sushi restaurant near its headquarters that offers a dine-in experience as well as packaged options for shoppers that want takeout.