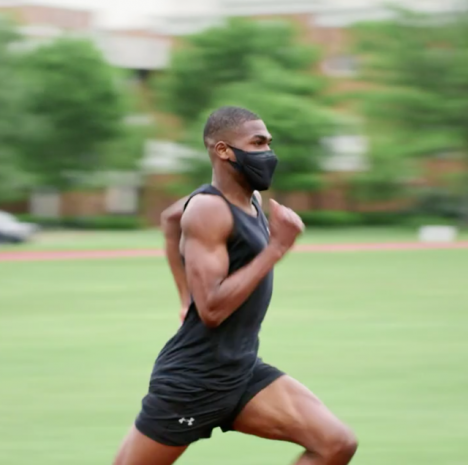 Track and field coach Bradley Keyes told reporters in New Hampshire that he has been fired after he refused to force students to wear masks outside while they were engaged in sporting activities.

Coach Keyes was working at Pembroke Academy when it introduced an outdoor mask policy, which he calls "senseless, irrational, cowardice bullsh*t."

"I will not stand up in front of the kids and lie to them and tell them that these masks are doing anything worthwhile out in an open field with wind blowing and the sun shining," Keyes explained in a letter to the school's athletics director.

Keyes added that "These insane policies are robbing kids of once in a lifetime opportunities for no valid reason other than irrational fears and going along with the sheep."

The coach put his own job on the line by adding 'fire me if you must', and he says that the school obliged him by doing just that.

Keyes said that he wanted "to make a point" about people just accepting draconian restrictions, adding "I just think people haven't pushed back and I decided it was time to push back."

In a further bog post, the coach wrote "One of the fundamental parts of all of this is learning to play by the rules. The rules [sic] supposedly put in place in order to create a fair and level playing field, to let everyone know what is expected and allowed, and then to let the best man, woman, or team win. Except now we are adding arbitrary, senseless, ill-thought rules."