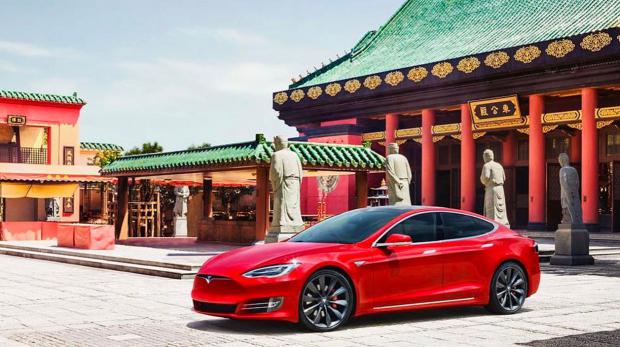 In a move that we're sure Elon Musk will hurriedly comply with, China is reportedly mulling the idea of making auto manufacturers store the personal data and information they collect in China domestically, according to new draft guidelines issued by the Ministry of Industry and Information Technology.

Bloomberg reported on Thursday that automakers would also have to report to the Chinese government if they intended on moving the data outside of the country at any point. The report noted that Tesla would be one of the manufacturers affected.

The guidelines also state that companies are "banned from leaking any 'sensitive information' involving state security". Hilariously, the report says that the Ministry of Industry and Information Technology will be soliciting public opinions on the guidelines until May 8. We're sure they're going to pay close attention to what the public thinks...

Recall, at the end of March, we noted how Elon Musk's ass kissing tour in China had continued well into 2021. The Tesla CEO apparently "sang Beijing's praises in a recent interview with state-run China Central Television," back in late March, while trying to deflect growing concerns about his vehicles.

Musk said that China would eventually become Tesla's largest market - both in number of customers and vehicles produced. Musk also praised Beijing for aiming to slash carbon emissions. He said China's goal of peaking carbon emissions by 2030 and achieving carbon neutrality by 2060 is a "great one", according to China Daily.