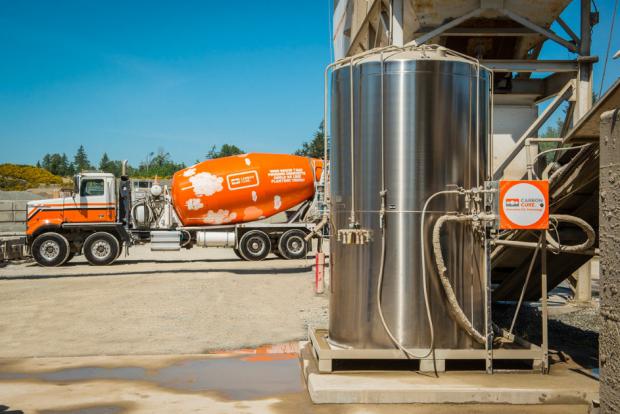 The second-most abundant manmade material in the world is being employed by a start-up to 'jail' carbon dioxide produced by factories before it's sent into the atmosphere.

The material? Concrete. The startup: CarbonCure, and as well as sequestering carbon and reducing emissions, it solves a major longevity issue within concrete—strengthening the material and reducing production costs.

With so many merits, it's as unsurprising as it is exciting to see that private sector giants like Amazon, Alibaba Group, and Mitsubishi are all pouring money into the small, understated Halifax firm which launched over a dozen years ago.

"CarbonCure is on its way to achieving 500 megatons of CO? reductions annually, helping to decarbonize the built environment while positioning the concrete industry to lead the transition to the new low-carbon economy," CarbonCure CEO and Founder Robert Niven said in a statement.

According to the EPA, 500 million metric tons is equivalent to 126 coal plants firing non-stop for a year, or 91 million homes' electricity consumption over a year. In smaller figures it's what 109 million passenger vehicles create per year from driving, or the total emissions from vaporizing 56 billion gallons of gasoline.

It's unsurprising then that with this incredible potential, CarbonCure won the 2020 American Cleantech Company of the Year by San Francisco's Cleantech Group.