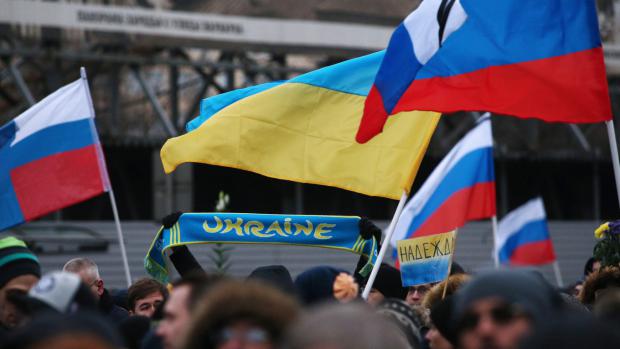 Ukraine and Russia may be on the brink of war – with dire consequences for the whole of Eurasia. Let's cut to the chase, and plunge head-on into the fog of war.

On March 24, Ukrainian President Zelensky, for all practical purposes, signed a declaration of war against Russia, via decree No. 117/2021.

The decree establishes that retaking Crimea from Russia is now Kiev's official policy. That's exactly what prompted an array of Ukrainian battle tanks to be shipped east on flatbed rail cars, following the saturation of the Ukrainian army by the US with military equipment including unmanned aerial vehicles, electronic warfare systems, anti-tank systems and man-portable air defense systems (MANPADS).

More crucially, the Zelensky decree is the proof any subsequent war will have been prompted by Kiev, debunking the proverbial claims of "Russian aggression." Crimea, since the referendum of March 2014, is part of the Russian Federation.

It was this (italics mine) de facto declaration of war, which Moscow took very seriously, that prompted the deployment of extra Russian forces to Crimea and closer to the Russian border with Donbass. Significantly, these include the crack 76th  Guards Air Assault Brigade, known as the Pskov paratroopers and, according to an intel report quoted to me, capable of taking Ukraine in only six hours.

It certainly does not help that in early April US Secretary of Defense Lloyd Austin, fresh from his former position as a board member of missile manufacturer Raytheon, called Zelensky to promise "unwavering US support for Ukraine's sovereignty." That ties in with Moscow's interpretation that Zelensky would never have signed his decree without a green light from Washington.