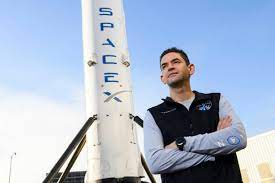 The mainly wealthy first-time space travellers are getting ready to take part in one of several private missions which are preparing to launch.

The era of space tourism is on the horizon 60 years after Soviet cosmonaut Yuri Gagarin became the first person in space.

Glenn King is the director of spaceflight training at the National Aerospace Training and Research Center, a private company based in Pennsylvania which has already trained nearly 400 future Virgin Galactic passengers for their trips.

The training program lasts two days -- a morning of classroom instruction and tests in a centrifuge.