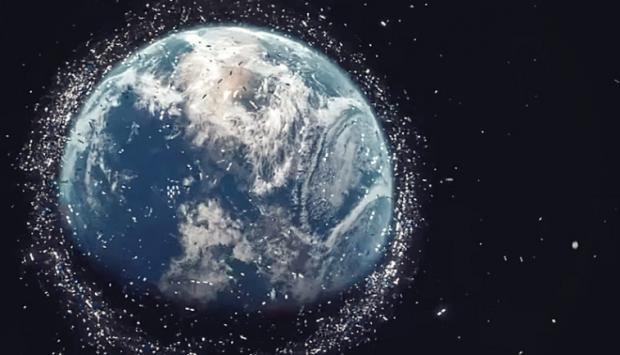 (Natural News) The mission to clean up space debris has begun. The world's first satellite that uses magnets to gather up all of the trash floating around the Earth's orbit was initially scheduled to launch in Mar. 20. Unfortunately, due to technical problems, the rocket that would have brought this satellite into space has been delayed.

The craft is known as End-of-Life Services-d (ELSA-d). It was made by Astroscale, a Japanese corporation whose goal is to mitigate the hazardous buildup of debris orbiting the Earth.

ELSA-d's task is to perform a series of tests to figure out if the craft's ability to retrieve space debris with a magnet is a viable option for future space trash collection missions.

The craft has two components: a servicer satellite that will collect the debris, and a smaller "client satellite." The latter component is a piece of replica debris meant to simulate the kind of trash that future probes like ELSA-d will collect in space.

During the mission, the servicer satellite will repeatedly release the client satellite and then dock with it in a series of technical demonstrations.

These demonstrations will include a simulation of looking for the client satellite, meeting up with it, inspecting it and then docking with it. A "tumbling" demonstration will also be done, wherein the docked client satellite will come loose and the servicer has to catch it.

"This landmark mission will enable better-informed policy developments and drive the business case for on-orbit services such as end-of-life and active debris removal," said Nobu Okada, founder and chief executive of Astroscale.

"This is an incredible moment, not only for our team but for the entire satellite servicing industry, as we work towards maturing the debris removal market and ensuring the responsible use of our orbits." (Related: ESA to build garbage-collecting robot that cleans up space by hugging space debris and crashing.)

ELSA-d's experiments will last for several months.  Once it has completed its tests, it will burn up in the Earth's atmosphere.

Why Arizona Is Becoming A Hotbed For Tech