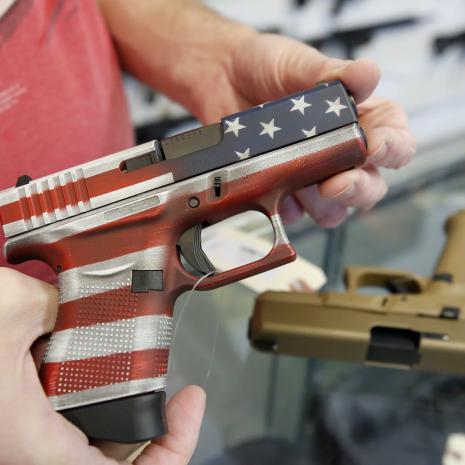 "Cities across the country are in the midst of a historic spike in homicides, violence that disproportionately impacts Black and brown Americans", the statement reads. "The President is committed to taking action to reduce all forms of gun violence – community violence, mass shootings, domestic violence, and suicide by firearm."

Reiterating the president's call for Congress to "pass legislation to reduce gun violence", the administration has introduced "its own steps" to "save lives."

Countering 'ghost guns'. The Justice Department is set to issue a proposed rule to help stop the proliferation of ghost guns within 30 days.

Addressing stabilizing braces. Within 60 days, the Justice Department will issue a proposed rule "to make clear when a device marketed as a stabilizing brace effectively turns a pistol into a short-barreled rifle subject to the requirements of the National Firearms Act."

'Red flag' legislation. Red flag laws allow family members or law enforcement to ask for a court order to temporarily prohibit "people in crisis" from accessing firearms if it is judged that they present a danger to themselves or others.

A new head for the Bureau of Alcohol, Tobacco, and Firearms. The president will nominate David Chipman to be the director of the agency.