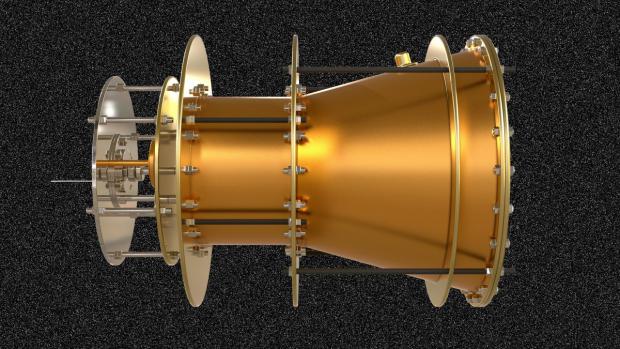 NASA's findings replicated 2009 experiments in China. A zero-propellant thruster? The world sat up and listened.

The ability to generate thrust without having to carry the parasitic mass of fuel would be a game-changer in space, and even if the EmDrive's experimental thrust figures were small (720 millinewtons per 2.5 kW of input power in the 2009 Chinese experiment), they'd be several times more effective per weight and per watt of input than current ion propulsion systems, which need to carry fuel.

The trouble is, where ion drives are easily explained (a propellant is ionized, then electromagnetically thrown out the back of the thruster to push the vehicle forward), nobody could figure out how the EmDrive was producing Newtons while apparently disagreeing with Newton on the whole conservation of energy thing.

The inventor had a theory, but so did German scientists Martin Tajmar, Oliver Neunzig and Marcel Weikert, and the three have spent the last four years fine-tuning their experiments to prove it. In 2018, the team showed some weird results suggesting that the EmDrive's thrust didn't seem to be coming from the EmDrive itself, and they hypothesized that the results were possibly something to do with electromagnetic interference from the prototype's power cables interacting with the Earth's magnetic field.