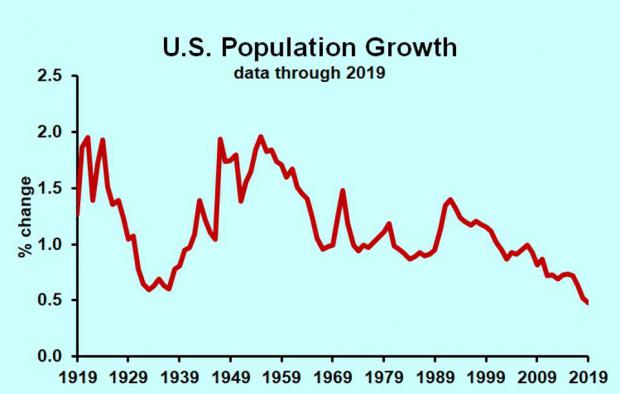 Deagel.com, a private non-governmental online source of military capabilities of the nations of the world, has for some time now predicted in its forecast for 2025 a steep and unexplained decline in US population, from 328 million to 99 million.  Seven out of ten Americans alive in 2021 would not be alive in 2025, a 70% decline.  Or maybe millions just decide to emigrate.

What could possibly provoke such a catastrophe?

Scrolling down on Deagel's forecast page, below the listed data for 179 countries, we can read an interpretation of Deagel's forecast for the US by 2025 (written Sept. 25, 2020).  Excerpts from that unnerving forecast are provided below:

In 2014 we published a disclaimer about the forecast. In six-years the scenario has changed dramatically. This new disclaimer is meant to single out the situation from 2020 onwards. Talking about the United States and the European Union as separated entities no longer makes sense. Both are the Western block, keep printing money and will share the same fate.

After COVID we can draw two major conclusions:

The Western world success model has been built over societies with no resilience that can barely withstand any hardship, even a low intensity one. It was assumed but we got the full confirmation beyond any doubt.

The COVID crisis will be used to extend the life of this dying economic system through the so-called Great Reset.