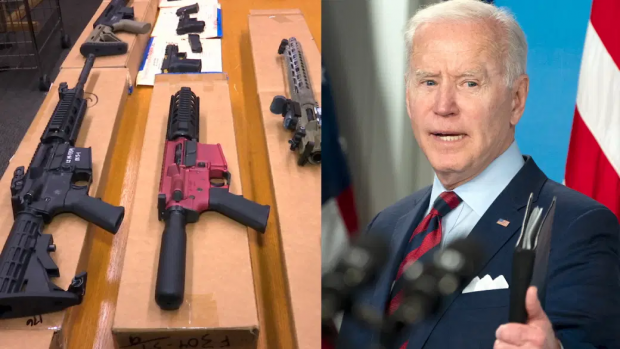 He also claimed that the orders he'll sign won't impact Americans' rights to own guns under the Second Amendment.

Biden is directing the Department of Justice to, within 30 days, issue a proposed rule aimed at curbing the spread of so-called ghost guns, or guns that are made from build-it-yourself kits.

The department will also in the next two months issue a proposed rule declaring a stabilizing brace that turns a pistol into a short-barreled rifle and publish model "red flag" legislation for states.

Red flag laws let family members or law enforcement ask a court to bar people from owning guns if the people allegedly present a danger to themselves or others.

Who you gonna call? GHOST BUSTERS!