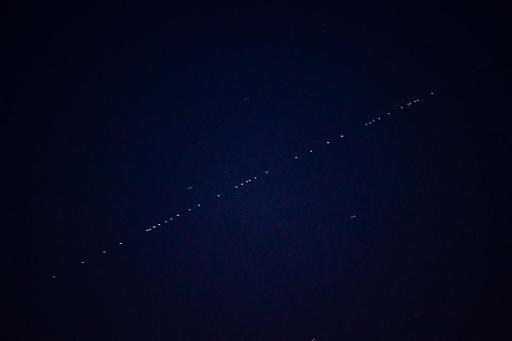 SpaceX is trying to launch Starlink satellites every week. They launched 240 satellites in March. They should have 3-4 launches in April. If they get 25 more launches in 2021 they will complete the first and second 1440 satellite orbital shells.

In April 2020 SpaceX modified the architecture of the Starlink network. SpaceX submitted an application to the Federal Communications Commission (FCC) proposing to operate more satellites in lower orbits in the first phase than the FCC previously authorized. The first phase will still include 1,440 satellites in the first shell orbiting at 550 km (340 mi) in planes inclined 53.0°, with no change to the first shell of the constellation launched largely in 2020.

Increasing to 600 Starlinks per month would take until 2027 for the 30,000 satellite phase 3. SpaceX would also need to replace the first wave of satellites starting around 2024.