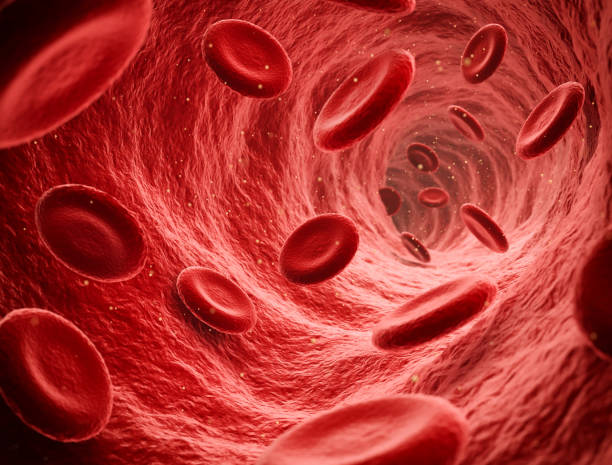 Currently being developed by scientists at Germany's Johannes Gutenberg University Mainz, the sensor is described as being "not much bigger than a penny and thinner than one millimeter." It's made up of a biocompatible porous hydrogel, inside of which are gold nanoparticles that have been coated with receptors for specific drug molecules.

After the transparent biotissue-like device has been surgically implanted under the skin, blood vessels grow into it through its pores, carrying blood to the nanoparticles. Any of the targeted medication which is present in that blood will bind with the receptors, causing the gold to reflect infrared light in a given color – that color varies in a predictable manner, according to the concentration of the drug within the bloodstream.

Although the nanoparticles can't be seen with the naked eye, they show up through the skin when a special infrared reader is used. And unlike some previously developed subdermal sensors, which only remained stable for a matter of days, this one stays operational for several months.

It has already been tested on hairless lab rats, accurately indicating the varying levels of an antibiotic in their bloodstreams. The scientists hope that once developed further, the technology could be used to detect not only medication, but also biomarkers associated with different medical conditions.

Verizon sells Yahoo and AOL businesses to Apollo for $5 billion

We now have the technology to develop vaccines that spread themselves