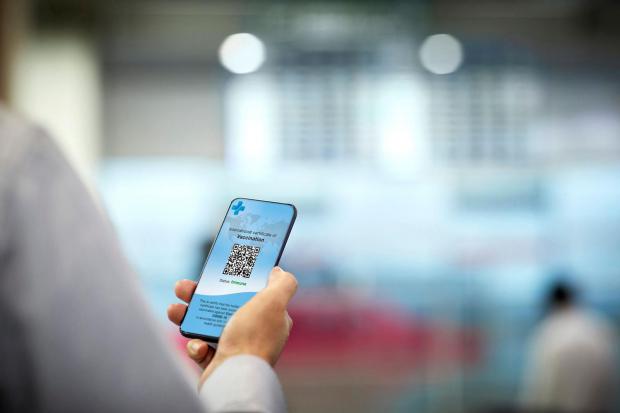 Why it matters: Passports showing proof of vaccination could speed up international travel re-openings, but the idea of requiring immunization credentials has become a point of contention, particularly among Republican officials.

Florida Gov. Ron DeSantis (R) banned the use of vaccine passports in his state on Friday.
What they're saying: "I doubt that the federal government will be the main mover of a vaccine passport concept," said Fauci.

"They may be involved in making sure things are done fairly and equitably, but I doubt if the federal government is going to be the leading element of that."
Fauci noted that he believes that businesses or schools could require vaccine passports to enter their buildings.

"I'm not saying that they should or that they would, but I'm saying you could foresee how an independent entity might say, 'well, we can't be dealing with you unless we know you're vaccinated,' but it's not going to be mandated from the federal government."
The big picture: The E.U. unveiled its proposal for vaccine passports in March, which would allow citizens who can certify that they have been vaccinated or recently tested negative for COVID-19 to cross borders without quarantine requirements.

The Vaccine is more Insidious than you Think

The Narrative On Lockdowns And Masks Fails Yet Again