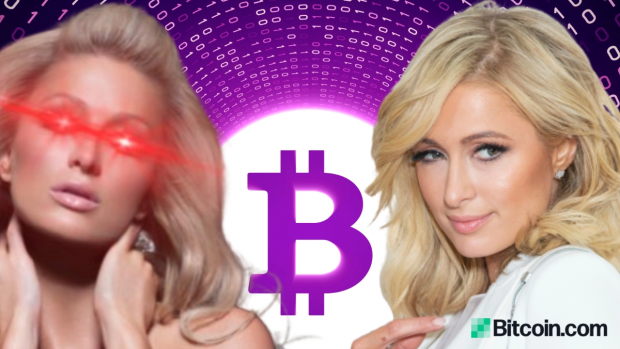 Paris Hilton says she is "very, very excited" about bitcoin, stating that "It's definitely the future." Besides confirming that she is a long-term bitcoin investor, the Hilton heiress put laser eyes on her social media profile picture and talked about her upcoming non-fungible token (NFT) projects.

Hilton heiress Paris Hilton talked about bitcoin and her upcoming NFT projects in an interview with CNBC last week. A great-granddaughter of Conrad Hilton, the founder of Hilton Hotels, Paris is often dubbed the "original influencer." While she is a media personality, socialite, businesswoman, model, singer, actress, and DJ, many people say that she is "famous for being famous."

"I've always loved to be an innovator and I did my first NFT in March of 2020 and it won the NFT Charity Award, the best one of the year, so that was exciting and now to see it just blow up in the past couple months has been so exciting," she began. Hilton was then asked, "Does that mean you're an investor in bitcoin?" She replied:

Yes. I'm very, very excited about that as well. It's definitely the future.

She was further asked, "Have you been in bitcoin for a while?" Hilton simply replied, "Yes."

1 Comments in Response to Paris Hilton 'Very, Very Excited' About Bitcoin -- Confirms She Is a Long-Term Crypto Invest

If you can't trust Paris Hilton to be your financial advisor, who can you trust?