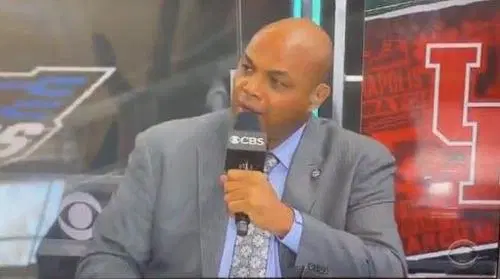 "I truly believe in my heart most white people and black people are awesome people, but we're so stupid following our politicians, whether they're Republicans or Democrats."

Barkley was responding to a feature that detailed how on April 4, 1968, Robert F. Kennedy broke the news about the assassination of Martin Luther King Jr. to a crowd in Indianapolis, urging people to seek compassion and justice rather than anger and revenge, saying the vast majority of Americans, both black and white, want to live in peace with each other.

This was the same message Barkley offered, as he warned:

"I think our system is set up where our politicians, whether they're Republicans or Democrats, are designed to make us not like each other so they can keep their grasp of money and power."

Charles Barkley spittin truth! it's all about the divide and conquer agenda pic.twitter.com/E81b2Pw2h4