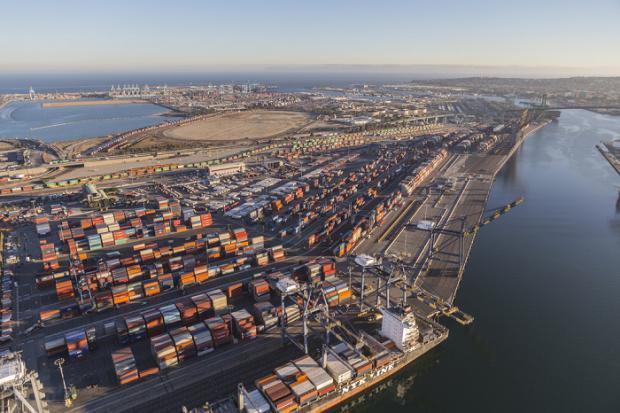 The congestion is so bad at the US West Coast port that the port's head told importers to expedite container pickup to alleviate congestion on Tuesday.

"The container dwell time is much higher than it was pre-pandemic," Port of Los Angeles Executive Director Gene Seroka told CNBC, referring to the duration a container spends at the port.

"We're asking our importers to pick up the cargo as quickly as they can, devan the products and return those containers back to the port," Seroka said, who added the port is the busiest in North America.

It's not just a ship pileup Californian ports are dealing with; one-sided trade with Asia (mainly China), sparked by fiscal stimulus, has resulted in the greatest demand-pull of consumer products ever. Over the months, we've documented the massive container shortage in Asia as containers pileup at US West Coast ports.

"The time it takes for the importer to pick up their cargo at the port is now over four days, but it's off its high of five days sitting under dwell," Seroka said, adding there's been improvement in other metrics, too.

"Truck turn times — the amount of time that it takes a trucker to move in and out of the port to drop off and pick up containers — has decreased to 77 minutes from 88 back in December. So we're starting to see some of the trendings in the right direction," he said.