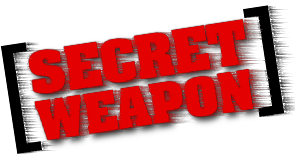 Secret weapons have no ability to deter cataclysmic violence.

The reply from the Russian ambassador is one for the ages, "It was to be announced at the Party Congress on Monday."

Remember this when we consider the curious question of the demise of Archegos Capital.

Because sometimes I watch something unfold and I have zero opinion on it whatsoever.  The Suez blockage was one of them.  I had to will myself to care beyond the obvious, "this is bad" reaction. The more I think about it, however, the more significant it becomes (more on that in future posts).

On the other hand, the minute I read a single article about the vaporization of Archegos capital on Moday morning I smelled a rat, or least something vaguely rat-like.  And what immediately popped into my head was this thing is important, but not for the reasons anyone will admit to on CNBC or in the financial press.

In fact, they would go out of their way to demonize Bill Hwang, the head of Archegos, who 'acted irresponsibly,' 'ran a scam,' et cetera while everyone goes into cover thine own ass mode.

The first thing that stuck out at me was who got hit.  Credit Suisse, Morgan Stanley, Nomura.  Today we can add Goldman-Sachs, Morgan Stanley, Wells Fargo, UBS, Deutsche Bank in Europe, to Nomura and Mitsubishi Financial Group. There may even be others.