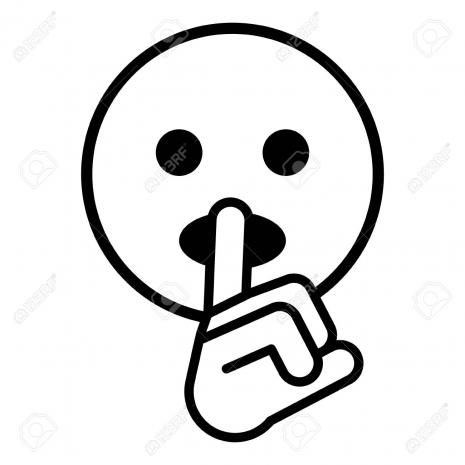 The wise, after realizing the impact of their words, begin to cultivate discretion and discernment. Not much of a problem, you might say, but how much practice have we all put into developing the latter attributes when compared with the easy consumption of huge swathes of random images and information generated by corporate media and other people?

The AI thought police on Twitter, Facebook and Instagram are so heavy handed now that these platforms no longer offer even the semblance of free expression. "Suspect" videos are pre-banned, so that there is no chance of uploading them in the first place. it is possible to read the circuitry of Twitter's brain by observing the headlines they flag on the right-hand column — and Facebook lets its boy wonder, Mark Zuckerberg, make the public pronouncements. Even uplifting New Age messages have been targeted by these digital monoliths. Now that the MAGA crowd and the investigative journalists and "positive life affirmation" brigade have been alienated and sent packing we are left with a desert where tumbleweeds blow past while users ponder their next carefully edited musings, ever mindful of upsetting the liberal technocratic algorithms. GIFs of Mel Gibson as William Wallace exclaiming "freeeeeeedoommmm" still circulate, but the intense debates and searing revelations on the underworld, or "swamp", have evaporated.

Extreme liberal views and hysterical "pandemic" narratives are left to fill the void, making for a Victorian circus spectacle, where freakish creatures perform verbal acrobatics and corporate sponsors run around the ring naked, having exposed themselves as hypocrites during the Trump presidency.