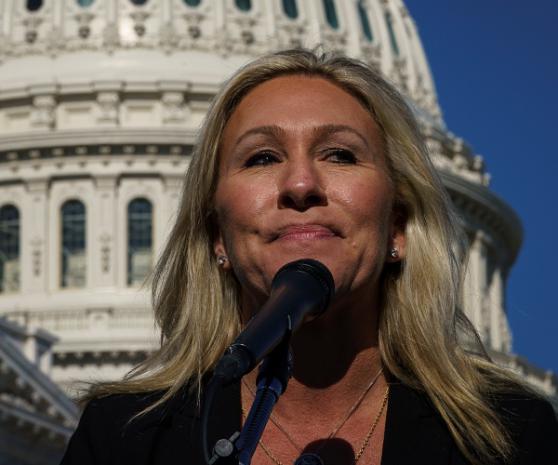 Greene's measure likely won't be taken up by the Democratic-controlled House of Representatives, and if it is, it will be unlikely to pass. It would "prevent any business engaged in interstate commerce from discriminating against a person based on their COVID-19 vaccine status," cut off federal funding for a vaccine mandate on employees, a vaccine mandate for students attending schools, and mandates on organizations or sport—or "any person who expresses religious objection," according to a statement from her office.

It would also prohibit the government from requiring a CCP virus vaccine to get a U.S. passport and "prevent Airline companies from denying someone from flying based on their COVID-19 vaccination status," as well as "create the ability to sue if a person has been discriminated against on the basis of their vaccination status or mask compliance," her office wrote.

The idea of such a passport has been publicly floated by large corporations while anonymous reports this week suggested that the Biden administration was working on such a proposal. White House press secretary Jen Psaki, in responding to those reports, said the administration will instead "provide guidance" on the effort to develop vaccine passports or similar systems.