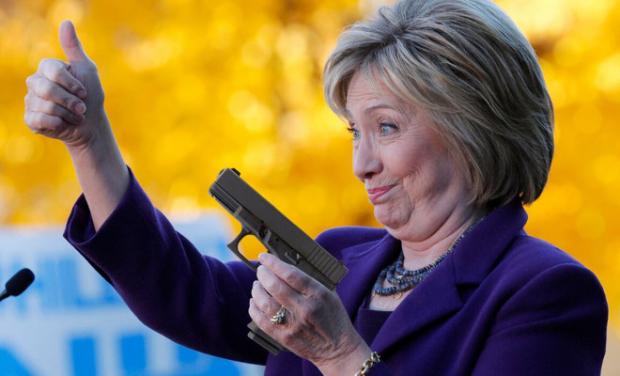 Appearing on her own former communications director's podcast, Clinton declared "You know, democracy is the balancing of interests and rights, and unfortunately at this time, the gun worshipers have a huge advantage because of the filibuster and because of their shameless exploitation of people's unwarranted fears."

Clinton proclaimed that "The opportunists on the other side, like Cruz and his ilk, they know better and they are in the position of trying to keep people really riled up and scared that sensible gun legislation like we had in the '90s for 10 years will somehow undermine their rights."

"The only gun control legislation that's ever passed is mine. It's going to happen again," Biden Declared.