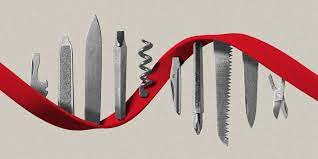 However, despite being a recognized form of gene therapy since its inception, vaccine makers are now frantically trying to deny that this mRNA technology is gene therapy. One reason for this, suggested by David Martin, Ph.D.,1 might be because as long as they're considered "vaccines," they will be shielded from liability.

Experimental gene therapies do not have financial liability shielding from the government, but pandemic vaccines do, even in the experimental stage, as long as the emergency use authorization is in effect. Another reason might be because they fear people won't line up for experimental gene therapy. It has a very different connotation in people's minds (as it should).

A third possibility is that they know full well that you cannot, ethically, mandate gene therapy in the way you can mandate vaccines. Mandatory public health measure directives are typically based on the idea that it's acceptable for some individuals to be harmed as long as the measure benefits the collective.

Well, the COVID-19 "vaccines" are only designed to lessen symptoms of COVID-19. They do not prevent infection or spread, and since the vaccinated individual is the only one receiving a potential benefit, "the greater good" argument falls apart.

Who knows, there may be other factors at play that we've not realized as of yet, but whatever the reason, they really do not want you to think of these injections as gene therapy. They want you to accept them as any other conventional vaccine.