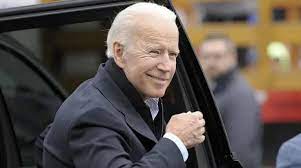 While initial reports pegged the next round of stimulus at $3 trillion, the Washington Post's Jeff Stein now reports that new spending could top $4 trillion, while new taxes to pay for it - some of which Biden will also unveil Wednesday - could total over $3 trillion.

The two-pronged package Biden will begin unveiling this week includes higher amounts of federal spending but also significantly more in new tax revenue — with possibly as much as $4 trillion in new spending and more than $3 trillion in tax increases, said the people, who spoke on the condition of anonymity to describe private dynamics. One person familiar with the matter said that the early infrastructure draft did not include every tax increase the White House was eventually considering including in its ultimate proposal, and that the administration believes the tax hikes can also advance its goal of reducing income inequality. -WaPo

There are four main tax increases Biden is immediately eying, according to Axios:

A corporate tax increase from Trump's 21% to 28%, raising an estimated $730 billion over a decade, according to the Tax Policy Center.

A global minimum tax on profits from global subsidiaries worth $550 billion over the same period.

Taxing capital gains for the wealthy as ordinary income, as opposed to the current rate of 20% for those making $441,451 or more per year, and a tax on unrealized capital gains at death: $370 billion