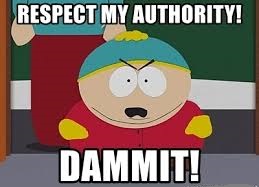 When The Blue Aren't Backing You

Over the weekend, a Trump supporter was maced by Antifa protestors, who also threw rocks at his truck. The Trump supporter pulled a gun on them, and he was arrested by police, who had done nothing to prevent Antifa from attacking him.

Trump Supporter in Oregon Pulls Gun on Antifa Protesters Who Maced Him https://t.co/gOejlAdrhD

That was an example of a term the late political commentator Sam Francis coined, "Anarcho-Tyranny". Here's how Francis defined it:

This condition, which in some of my columns I have called "anarcho-tyranny," is essentially a kind of Hegelian synthesis of what appear to be dialectical opposites: the combination of oppressive government power against the innocent and the law-abiding and, simultaneously, a grotesque paralysis of the ability or the will to use that power to carry out basic public duties such as protection or public safety. And, it is characteristic of anarcho-tyranny that it not only fails to punish criminals and enforce legitimate order but also criminalizes the innocent.