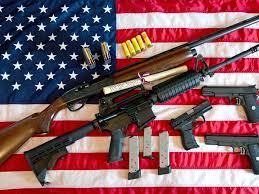 Firearms are strictly regulated in the "Land Down Under" and all firearms license applicants are required to take a safety course, while they must also show a "genuine reason" for owning a firearm.

Self-defense isn't a valid reason either.

Why Australia Changed Its Approach on Firearms

Australia instituted these strict laws following the April 1996 mass shooting at Port Arthur, in which gunman Martin Bryant took the lives of thirty-five people using an AR-10 semi-automatic rifle. Bryant's motivation was reportedly based on the failure to buy a bed and breakfast property but also to become "notorious."

The shooting outraged the nation, and soon Australia introduced comprehensive gun control. It was led by then Australian Prime Minister John Howard, who had only taken office six weeks earlier at the head of a center-right coalition. Howard came to the decision that firearms were simply too easy to obtain and there were just too many of them.

"We have an opportunity in this country not to go down the American path," Howard announced, and he radically changed Australia's gun laws. According to supporters of gun control, those efforts rid the country of gun violence on a large scale.

Palm Beach is Preparing for a Possible Trump Indictment