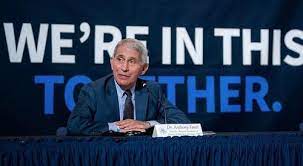 The coronavirus pandemic has been a great tragedy, there can be no doubt about that. But, as Scott Atlas recently noted, it has also exposed profound issues in America that now threaten the very principles of freedom and order that we Americans often take for granted.

First, I have been shocked at the enormous power of the government, to unilaterally decree, to simply close businesses and schools by edict, restrict personal movement, mandate behavior, and eliminate our most basic freedoms, without any end and little accountability.

Second, I remain surprised at the acceptance by the American people of draconian rules, restrictions, and unprecedented mandates, even those that are arbitrary, destructive, and wholly unscientific.

This crisis has also exposed what we all have known existed, but we have tolerated for years: the overt bias of the media, the lack of diverse viewpoints on campuses, the absence of neutrality in big tech controlling social media, and now more visibly than ever, the intrusion of politics into science. Ultimately, the freedom to seek and state the truth is at risk here in the United States.